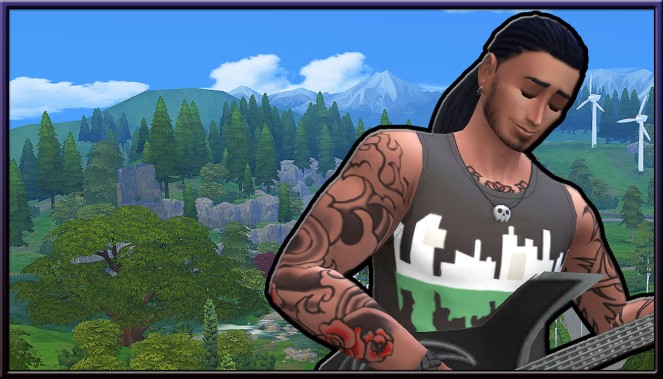 Damon’s a rising star in the music industry. Cynthia Speer, being as confident as ever, decided to ask him if he wanted to join her growing Heartbreakers Club. Not being one to resist a pretty face, Damon accepted her invitation. Currently he has two relationships: Lucy Machado and Candy Behr. Whose heart will break first?

The fame may be getting to his head a bit, as now he thinks he can make the jump to the Political career without issues just because he’s a rock star. Him and his childhood friend Annette Palma are planning to move back to their original hometown of San Myshuno. I wonder how that will turn out?

Rumour has it that Damon managed to complete the Day of the Dead challenge, and has a friendship with the Grim Reaper because of that. If that doesn’t say hardcore, I don’t know what does.

One thing that surprises many sims is that Damon is actually a pretty competent cook. He’s not as typical a rock star as he may seem.

Create A Sim/Introduction video for Damon.

Welcome to my website! Here you'll find previews, bios of my sims, and more!